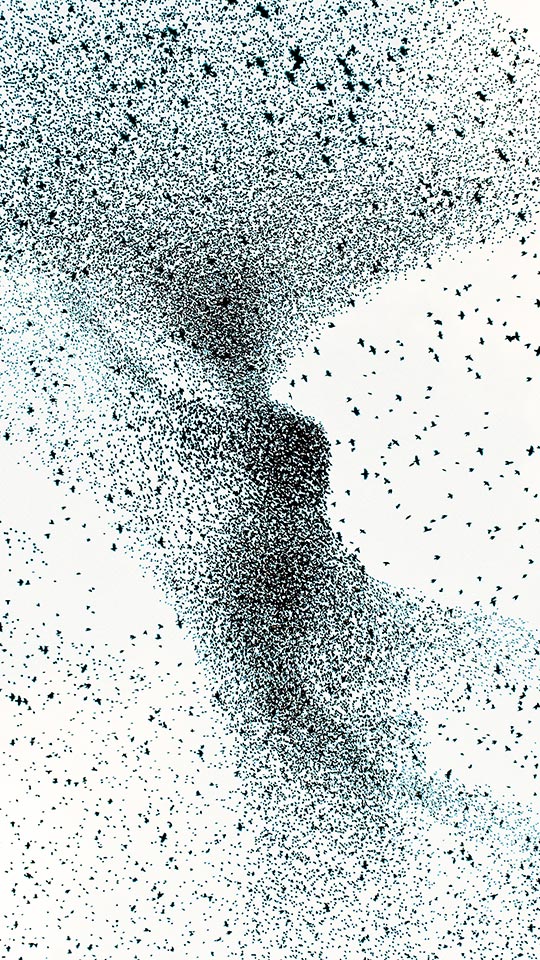 We’re living through an era of remarkable U.S. corporate consolidation. A recent USC study shows that across multiple and diverse markets, industries are 25% more likely to be “highly concentrated” than they were 20 years ago. From banking to computing to beer, mergers and acquisitions are accumulating at a breathtaking pace, raising antitrust concerns in the middle of a contentious presidential election cycle. Yet at the same time, America’s largest companies are more than twice as likely to lose market share than in 1980.

Growing consolidation across multiple industries, but shrinking market share: What is going on? I believe that industry consolidation may be the death throes of mature industries as they struggle to compete with America’s return to a more entrepreneurial, craft economy.

Beer is a great example: Regulators are contemplating the proposed merger of Anheuser-Busch InBev and SABMiller, the capstone to a decade of frenzied merger and acquisition activity in the brewing market. The combined company would control 30% of the world’s beer market. But the same decade that saw the rise of this singular beer giant has seen an explosion of craft breweries across the United States. A recent USA Today piece noted: “At the end of June [2015], there were 3,739 breweries in the U.S…that’s 699 more than at the same time last year and there are 1,755 additional breweries in planning. At that rate, the number of U.S. breweries could hit a record high, topping the 4,131 breweries open back in 1873.”

In a 2012 article for Harvard Business Review, Maxwell Wessel argued that scale, “one of the last bastions from the competitive storm,” is no longer profitable or safe. For a long time, technology gave big players a competitive advantage because no one else could afford to be big. If you were Ford Motor Company, no one else could afford the vast machinery needed to manufacture cars. If you were Walmart, no one else could afford the complicated technology required to track the demand logistics from shoppers in Peoria to production plants in China. But the radical connectivity of our digital world allows small businesses to collaborate in loose ways that give them capacities comparable to those of Walmart or Ford Motor Company. As Maxwell put it:

Where producing a product in a Chinese plastic extrusion plant used to require people on the ground brokering deals, proprietary information systems, and the ability to guarantee substantial volume, today it requires only Alibaba.com. Where only the largest organizations could operate 24-hour call centers, today, even small organizations have access to companies like Global Response. And cloud services are making it possible for even the smallest organizations to have access to first class customer management systems, fulfillment software, and accounting programs. The competitive advantages of scale are being commoditized. Minimum efficient scale is getting smaller and smaller.

It is easier than ever to start a new company. Buy a domain name (NameCheap or GoDaddy or dozens of others), spin up a website (SquareSpace or WordPress), have a logo crowdsourced (99designs or Fiverr), do the legal paperwork to register a corporation (Legalzoom or RocketLawyer), and for under $1K you’ve got a company. Start an online store (Shopify or BigCommerce) or get your brick-and-mortar operation up and running (Square or PayPal).  Amazon will rent you just about any part of their business, from hosting to warehousing to transaction processing. You can even raise investment capital online with a whole crop of crowdfunding startups of various stripes (AngelList, CircleUp, IndieGoGo, Kickstarter, Tilt, LendingTree, Kabbage). You can build products using 3D printing, or use Alibaba to source manufacturers in China. It is hard to imagine businesses that are immune to small scale competition — airplane manufacturing, perhaps. Or pharmaceuticals, although even in drug manufacturing trends toward personalized medicine make the current hegemony likely to be short-lived.

In my book, The End of Big, I argue that the collection of trends that comprises the end of big companies will, at its best, lead to the rise of a craft-centric economy. We’re seeing some of this already, with the rise of Etsy.com and the so-called “maker” culture. Maker culture is not just about crafts; it is also about things like solar roofs, 3-D printers and other high technology. But the craft aspect stands out, and harkens back to a return to a “village” way of thinking about the world. Amazon’s recent launch of an Etsy competitor makes it clear that “craft” is an increasingly attractive line of business.

While this transition feels inevitable, it doesn’t mean the big companies will go without a fight. Companies such as Microsoft have enormous cash reserves that they can use to keep the ”end of big” at bay for a while. For many large companies, growing even larger provides seeming defense against the power of craft and the do-it-yourself attitude. Over time, however, smaller companies will be able to out-compete even the most powerful behemoths.

But it’s not necessarily a winner-takes-all scenario. New strategies will emerge for bigger organizations. There is a new breed of “big” on whom the coming age of “small” is built: the platform players (like eBay, Etsy, Amazon, Apple, and Google) on whose platforms smaller businesses blossom.

The realities of climate change are likely to bring even greater pressures to consolidated industries. Our current “big” economy is unsustainable. Happily, a more fragmented economy comprised primarily of small, dynamic firms has the potential to lead us to more sustainability while also fostering community and continued wealth generation. In this new world, consumers will have to develop ways of distinguishing between good, high quality designs and products and poor ones — a function that big brands have traditionally served for us. But that’s a small price to pay.

As environmentalist Bill McKibben wrote, “We’re moving, if we’re lucky, from the world of few and big to the world of small and many. We’ll either head there purposefully or we’ll be dragged kicking.” Far from seeing consolidation as a sign of strength, I view the recent spate of enormous deals as indication that big firms are desperate to forestall their demise. They are being dragged kicking into the future.