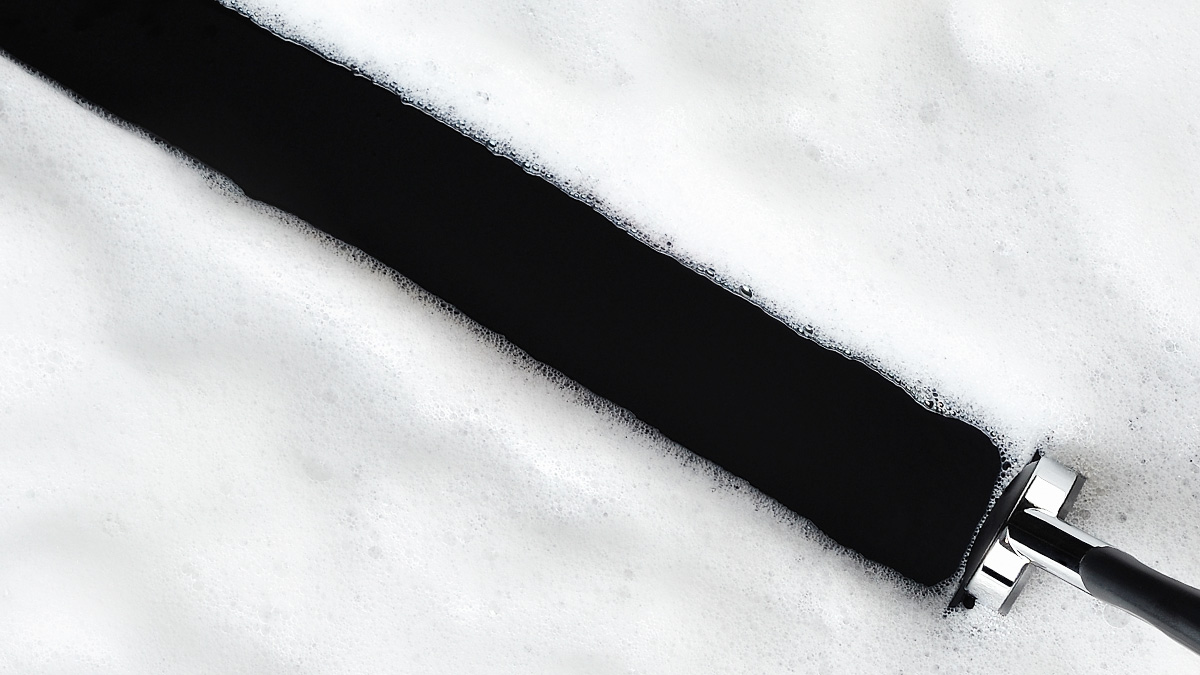 Buttoned-down Unilever just paid $1 billion dollars for the Dollar Shave Club. The scrappy startup, launched in 2012, offered a blades-by-subscription service for as little as $3 a month and quickly grew to a team of 45 engineers and 3.2 million subscribers.

It’s the fourth-most valuable M&A deal of a venture backed e-commerce company. And it’s a telling tale about whether the consumer products industry can get a digital business model right.

The deal is full of intriguing details. Unilever paid five times what Dollar Shave Club was expecting for revenues this year. Analysts had valued it for far less: in its most recent funding round — a $90.7 million Series D in November 2015  — Dollar Shave Club had been valued at $630 million, according to Pitchbook.  While Dollar Shave Club represents a growing share of the razorblades market, it is still tiny, it operates with low margins, is made up of an irreverent albeit engineering-savvy team – and is, as yet, unprofitable.

There are three possible rationalizations.

Filling out its brand portfolio. The most natural explanation is one that would fit Unilever’s recent pattern of re-shuffling its categories and brands. It has clearly been making a more general strategic move to grow in the personal care category and pare back in low margin categories such as food. In 2015, the company’s shifting portfolio was even reflected in its re-classification on the S&P and MSCI indexes from “packaged food” to “personal products.”

More specifically, male grooming is Unilever’s largest growth driver, according to Chet Henderson, Unilever’s VP of Insight, Personal Care. This includes several powerful brands, including the bestselling line Dove Men + Care as well as other brands like Axe and Clear. And according to a market study by Technavio, the global wet shave market is expected to reach $31.41 billion in 2020.

But there were other, bigger candidates in the marketplace. The more obvious candidate would have been the No. 2 player in the razor category: Edgewell, a company that has been widely rumored to be available since its split from Energizer Holdings. Edgewell makes 60% of its revenue from razors (its Schick brand) and shaving cream. Its stock price had fallen in recent months, making it a more attractive buy and it is underexposed in emerging markets, representing a large growth opportunity, particularly for a company such as Unilever that does the majority of its business in emerging markets. Edgewell was even named as an ideal takeover candidate for Unilever, according to an earlier analysis by Barron’s.

Absorbing a disruptor. Dollar Shave Club is an interesting illustration of the theory of a disruptor breaking into a highly profitable and over-served industry from the low-end; it’s not unusual for incumbents to seek to absorb these rivals when they’re still relatively small.

Thanks to the momentum Dollar Shave Club created, the online market for razorblades has grown from essentially zero to $263 million, according to estimates from Slice Intelligence, a market research firm. While disruption has become an over-hyped and misunderstood idea, particularly in the tech industry, it is still relatively novel in consumer goods whose products may be “fast moving,” but with far more slowly evolving business models.

Despite all this, it is hard to rationalize paying such a high premium for a small player, no matter how disruptive, with a low margin business model, focused on a zero-sum game of taking business away from an incumbent. This would be particularly at odds in a time when Unilever’s corporate strategy is focused on re-balancing in favor of higher margin categories and brands, with growth potential. At the very minimum, the company would be sending a confusing signal to its shareholders.

A fundamental shift in the industry.  A third rationale that builds on the first two, to my mind, is the most compelling one. As I mentioned earlier, a deal such as this – involving an acquisition of a disruptive rival for a five-times revenue multiple — would feel at home in Silicon Valley. The best explanation for it is that it is, indeed, a “Silicon Valley” play. Unilever’s move is a signal of more fundamental changes in the consumer products industry.

Dollar Shave Club has shown that the shaving market can still be transformed – thanks to an online subscription model, a memorable brand, and a strong consumer experience. For more evidence of this, consider that Gillette, still the No. 1 razor brand, saw its market share fall from 71% in 2010 to 59% in 2015. (And for the record, P&G-owned Gillette sued Dollar Shave Club late last year for patent infringement. Dollar Shave Club filed a countersuit in February.)

One of the ways in which P&G managed to slow Dollar Shave Club’s encroachment was by responding with its own subscription entry, the Gillette Shave Club. In fact, P&G has extended the idea into new categories, the Tide Wash Club, offering pod refills for a subscription fee. Other competitors, such as Harry’s, have also jumped on the bandwagon with its own “shave plans”.

In the meantime, the biggest player on the online retail block, Amazon, is growing as a serious competitor to consumer products companies, with its push into private-label goods – diapers, detergents and grocery items — combined with its ”subscribe and save” option for these sorts of staples that require regular replenishment.

The accumulation of these transitions suggests that the classic consumer-products business model is about to be busted across the board, with both retailers and their suppliers gearing up to encroach on each others’ traditional positions along the value chain using a digital connection with the consumer.

For Unilever, however, the move ought to be considered to be more than just a defensive move. Companies like Unilever need to figure out their digital relationship with their customers. Email and social media connections, usage data, and user engagement create a trail that can be analyzed and applied to tailor advertisements, promotions, and loyalty plans to precise demographic segments. Soon, the products themselves could also be tailored to what the data reveals.

Plus, there are two additional directions of growth beyond the U.S. domestic market. One is geographic; emerging markets have huge growth potential for the consumer industry. Consider China, one the biggest opportunities for Unilever. The economic slowdown in China has slowed brick and mortar retail in the country. But online sales are estimated to have expanded by over 40% year on year in every quarter since last year. According to The Wall Street Journal, Unilever’s online sales in China have reached more than $161 million. Buying Dollar Shave Club gives Unilever more digital distribution power to capitalize on those kinds of opportunities.

As mentioned above, the company is also be looking to expand into higher-margin products; Unilever CEO Paul Polman has mentioned his interest in extending the model for its “prestige” category. With predictive analytics helping identify customer preferences, the opportunities for tailoring products and commanding premium prices can quickly expand.

In conclusion, for a relatively low risk — the investment represents less than 2% of its assets — Unilever has bought into a startup with a ready-made organization, technical expertise, and business model that allows it to go digital in a whole new way.

Making the most of its daring digital deal, however, will require the ultimate walk along a razor’s edge: how to grow the digital business – a club that offers more than a clean shave — without undermining a legacy business model founded in the 1880s that now involves 400 brands used by two billion people.