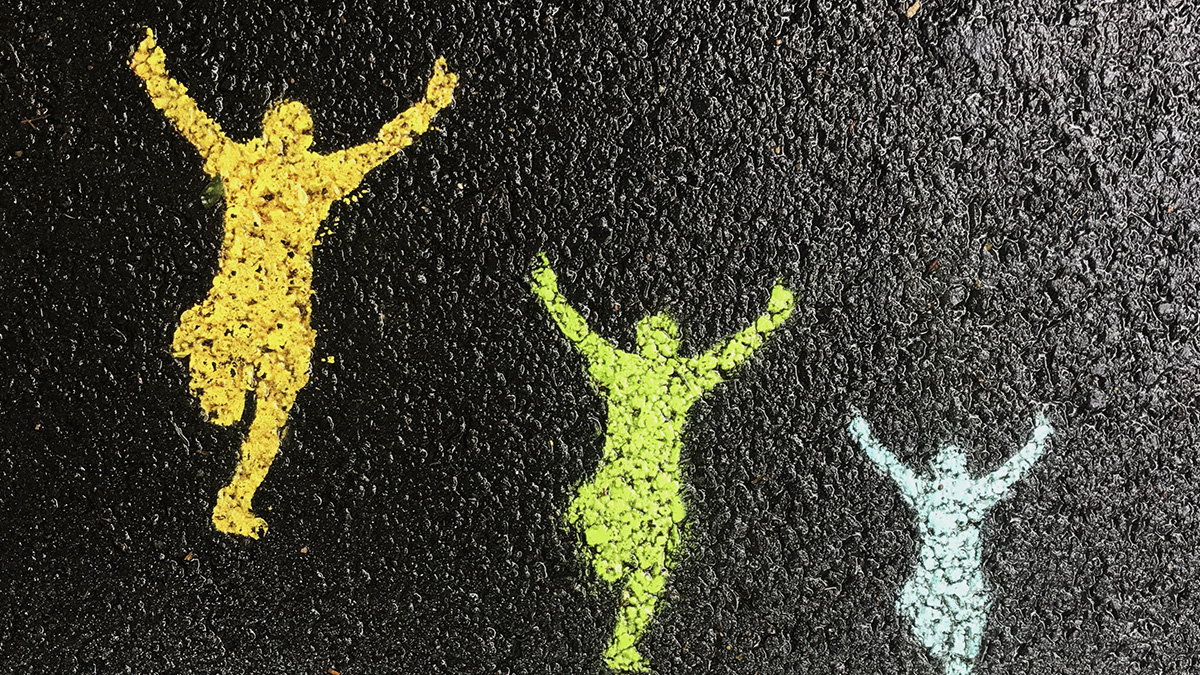 
Given the plethora of startups worldwide, the opportunity for game-changing “acqui-hires” has expanded enormously. Successful acqui-hiring is harder than either acquisition or hiring — but, when it’s done well, its impact can produce win/wins, if a few best practices are followed. First, don’t acqui-hire to solve a problem or manage a pain point. You can’t treat an acqui-hire as a solution to a technical capability gap or a way to quickly combat an intensifying competitive threat. Second, understand that acqui-hires desire and expect some measure of autonomy. After all, if they had wanted to be employees, they would have gotten a job at a more traditional company rather than joining a startup. Finally, consider whether the acqui-hires, as individuals, are the sort of people who should be leading the enterprise in the long run?

The term “acqui-hire” is a nifty neologism that enjoys the virtue of being well-defined in M&A circles while suffering the vice of being misunderstood. Ostensibly, young companies are “acqui-hired” more for their best people than for any real interest in their products, services, or ongoing operations. Talent acquisition is acqui-hiring’s main purpose, say innovation pundits — everything else matters less.

This is true in much the same way television can be defined as “radio, but with pictures” — technically accurate, to be sure, but missing the larger value and impact of the experience.

Consider Jet.com founder Marc Lore: Walmart paid $3.3 billion in 2016 for Lore’s company in its increasingly desperate efforts to more effectively compete against Amazon. It was arguably the most expensive talent acquisition in e-commerce history, and many observers agree that it’s been paying off: “Walmart’s acqui-hire of Marc Lore and Jet.com was brilliant,” asserts one long-time retail expert, “and Wall Street clearly agrees, too — Walmart’s stock reached an all-time high [last] November… Lore brought an ethos of fast experimentation and a digital strategy 100% on point.”

While the size and circumstances of Jet.com’s deal are atypical, one clear takeaway stands out: These types of acquisitions aren’t about procuring talent; they’re about producing impact. Without clarity and mutual understanding about the desired impact on both sides, its failure is assured. Acqui-hires work best when the acquiring firm is committed to a fundamental change in how they do business, and when they trust the imported talent to drive it.

That requires humility and courage from both sides, which explains high failure rates of these types of mergers. Leadership teams and newly acquired talent alike typically and unfortunately overestimate their possession of those qualities.

Having been on both sides of several successful — and failed — acqui-hire transactions, certain critical success criteria and warning signs stand out:

Don’t acquire talent to solve a problem or manage a pain point. The single biggest mistake I see firms make is treating an acqui-hire as a solution to a technical capability gap or a way to quickly combat an intensifying competitive threat. Management knows it needs to “do something,” but no obvious acquisition candidates exist and creating an internal team or hiring external talent would take too long. An acqui-hire style merger  — even at a premium — can seem like a quick way to get a talented team on board and heal the acquiring company’s pain.

The issue, of course, is that these deals are rooted in tactical urgency rather than strategic awareness. The business case is almost too clear; the acqui-hired team is not so much building new capabilities as it is applying its talents to fix a broken process or fill in a product/service features gap.

Consider the case of a large Midwestern financial services firm that was struggling to compete online. They acquired a young, talented UX design firm to solve its painfully clunky and customer-hostile digital service offerings. The firm knew it had to build its internal design capabilities and believed its newly merged team represented an agile shortcut superior to hiring digital design agencies or recruiting people to build a department. The first year went great as all the low-hanging UX design fruit was plucked. Half of the 20-30-something-year-olds on the acquired team left during the second year because they realized they didn’t want to work for a bank. A couple of the more talented and effective UX designers left a few months later when the firm put the group under the IT department.

While the financial services firm successfully solved its problem in just over two years, it ended up worse off in several respects. The departures left it with mediocre UX capabilities and a reputation as a dull, alienating employer of young talent.

Acqui-hires desire and expect some measure of autonomy. Newly acquired startups and their leadership teams largely think of themselves as entrepreneurs, not employees. After all, if they had wanted to be employees, they would have gotten a job at a more traditional company rather than joining a startup. Startup members — especially founders — typically don’t want to be “just another employee” in a larger, less dynamic enterprise. They like their relative autonomy and inevitably come to resent the hierarchies and HR policies that straitjacket it.

Acqui-hirers and acqui-hirees need to craft a written “autonomy charter” delineating the length, fit, and flexibility of the enterprise leash. I saw one eight-figure acquisition collapse within six months when the founders were told a second time that, yes, it would take at least 90 days to hire a candidate they wanted. A written charter is necessary because “just trust me” promises rarely work in larger legacy firms (although one acqui-hired founder told me that his sponsor promised to protect his team from the more stultifying aspects of corporate policy. That proved essential. In fact, he said, his team’s successes led to loosening some of the more restrictive enterprise practices.). The charter should cover rules of engagement with supporting teams like IT, HR, and legal to lay out parameters for hiring, contracts, and other details.

Of course, freedom and autonomy aren’t just negotiable lures for aspiring acquirers; they represent vital enterprise values, as well. If acquired talent gets freedom and flexibility that their legacy colleagues do not, it will breed resentment. For example, I had to advise a European industrial controls company against a nine-figure acqui-hire because the brilliant co-founders of the company being acquired cared more about a side project they were working on than any opportunity to work at the industrial controls company. This would likely have resulted in confusion on newly merged teams as to what the priorities were and the newly acquired talent (and perhaps key legacy leaders) would have abandoned ship.

Smart companies and smart leaders think strategically about how their acquisitions promote greater agility and empowerment throughout the enterprise. Successful acquired talent need to have EQs high enough to assure that they won’t flaunt or gloat about the greater autonomy they enjoy.

Clarify and communicate the most important change(s). The moment an acqui-hire shifts from being a possibility to being a probability, the two sides need to ask themselves and each other a straightforward question: What is the most important way they’ll each have to change to make this succeed?

Must the acquired talent be prepared to collaborate across the enterprise? Must they respectfully embrace corporate practices and protocols? Go to lots of — or too many — meetings? Does the legacy team need to offer more flexible funding, faster regulatory review, and/or easier access to top management?

Organizations expecting new talent to fully comply with existing policies and procedures are fooling themselves; they’re simply hiring people. No wonder their new teams often feel betrayed. And acqui-hires who believe that everything except the source of their paychecks and future equity will remain the same are similarly delusional. People need to understand the new cultural, organizational, and operational values they are being asked to embrace. The more these asks are seen or interpreted as “compromises” rather than “opportunities,” the less likely the chances for success.

As Foursquare founder Dennis Crowley recalls about Google’s unhappy acquisition of his first startup, Dodgeball, over a decade ago: “We thought it was a product acquisition, and they knew it was an ‘acqui-hire,’” he noted. “Those two things were out of sync.”

Determine access to talent. Acqui-hiring affirms the importance of talent. Incumbent organizations recognize and acknowledge their need for talented teams with entrepreneurial flair. The challenge arises when acquired talent successfully impact the enterprise. Existing employees want a taste of the freedom, autonomy, and success the new teams show is possible. How will the firm manage frustration borne of ambition? How easy should it be for talent to transfer to — or work with — the newly acquired team? Similarly, if the acqui-hires truly embody the kind of capabilities and spirit the firm desires, should they become part of the recruiting and hiring process?

These questions hold even for the world’s largest firms. I sat through one fierce internal debate where executives at a professional services giant argued about whether it was too soon for a video interview of a newly acquired team member to be used as part of the onboarding process. The leadership seemed torn between having legacy employees articulate the firm’s culture and values versus a “face of the future” voice. The decision? They punted and said “next time.” Regardless, talent-dependent organizations need to determine what role their acqui-hires should play in shaping their human capital investment philosophies.

The last point is less a guideline than an introspective impression. Acuqi-hirers and acqui-hirees — if they’re brave — will ask themselves, “Will this team become more important to us over time?” That is, for the foreseeable future, will the skills and capabilities these talents bring to bear be a source of ongoing growth? Or, after two or three years, will it level off into a steady-state contribution — valuable, to be sure, but just another high performance team?

Given the plethora of startups worldwide, the opportunity for game-changing acqui-hires has expanded enormously. Doing this successfully is harder than either acquiring or hiring — but, when done well, it can produce wins all around.