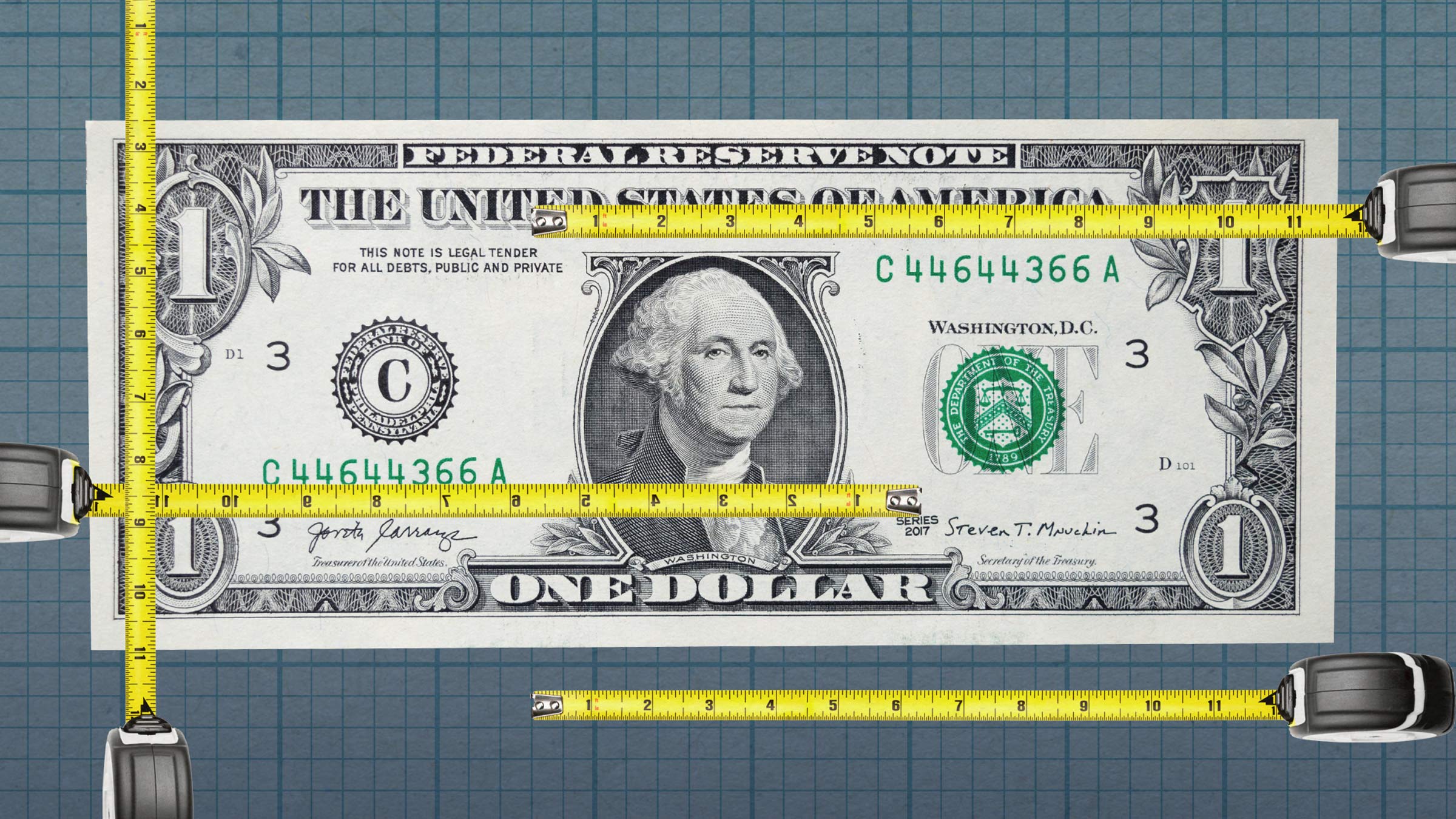 
Investors consult detailed, quantitative models before making decisions. Shouldn’t corporate managers have a similar  understanding of how the market values their company, so they can make informed decisions to maximize shareholder value? An EY-Parthenon analysis of quarterly data from thousands of companies in hundreds of industries over a period of 20 years has identified six critical factors that account for most of the variability in market valuations. Management teams can use these to create a model that allows them to compare industries, companies across industries, and companies within the same industry. The model can also help leaders understand changes in how the market values any of these companies over time.

Investors have detailed, quantitative valuation models they consult before making investment decisions. So why don’t corporate managers have a similarly quantitative, detailed understanding of how the market values their company, so they can make equally informed decisions to maximize shareholder value?

When managing their valuations, companies focus largely on improving price-earnings (PE) ratios by driving revenue and margin based on historical heuristics, or summaries of past experiences that aren’t systematically analyzed and thus imprecise. This approach not only handicaps management teams, it can inhibit a company’s ability to recognize opportunities and neutralize threats. These threats can arise from how their company is valued on its own, differences in how their company is valued compared to competitors across and within industries, and how their valuation changes over time.

Lacking such a model leaves executives to operate on decades-old rules of thumb, missing opportunities they could take advantage of and suffering threats they might avoid by failing to “tune” their business models to the market’s changing pitch. Boards of directors might also miss valuable quantitative signals of whether valuation changes are being driven by company or market conditions, and how attuned management is to those shifts.

An EY-Parthenon analysis of quarterly data from thousands of companies in hundreds of industries over a period of 20 years has identified six critical factors that account for most of the variability in market valuations. Management teams can use these to create a near-universal model that allows them to compare industries, companies across industries, and companies within the same industry. The model can also help leaders understand changes in how the market values any of these companies over time.

These six factors are:

Below is an example comparing six disparate industries. We show the contribution of each factor to the valuation change.

Not surprisingly, our analysis confirmed that revenue and margin are generally the two most important variables of the four that companies can control, though not in a uniform and balanced manner. It also confirmed some general understanding managers have gleaned about particular industries. As the above graphic shows, the value of interactive media and services companies is driven primarily by revenue, while that of semiconductor companies is driven mainly by margin. The hotel business relies heavily on margin and cash returned to shareholders.

While the relative importance of revenue growth to the household-name tech giants is well understood, the knowledge that the elevator industry is similarly growth-driven is much less well known. Indeed, we have clients in the elevator business who were unaware that their focus on short-term margins was harming both the company’s valuation and its ability to deliver long-term returns. The semiconductor and tire industries are similar: Margin is overwhelmingly important to companies in both industries, and we’ve had enough conversations to know that this is not how many tire company CEOs generally think. And while it’s widely understood that margin and cash returned to shareholders matter a lot in the hotel industry, it may be less obvious to see cash returned to shareholders responsible for so much of the valuation of packaged meats companies.

In at least half of these cases, then, the main drivers of valuation are not a priori obvious. By knowing what is driving your company’s valuation, you know what to focus on.

The analysis in the exhibit above is based on an average across a complete business cycle. It offers general truths about the companies analyzed.

Few company managers realize how much these “truths” change over time. The exhibit below shows what drove the valuation of packaged food and packaged meat companies from 2011 to 2020.

For example, packaged food became much more margin oriented over this period, before fading a little in the face of external factors (probably Covid-19). At the same time, margin in packaged meat went from being an important factor to one investors hardly cared about at all, except, presumably, with regard to the companies’ ability to pay dividends and repay debt.

The implications can be startling. Imagine you are a new CEO at a packaged meats company in early 2013, without an analysis of this kind. You find the market is rewarding you for strong margin growth, so that’s where you focus. As the importance of margin growth shrinks and that of revenue growth rises, returns suffer. You listen closely to analysts and financial journalists; you examine PE ratio forecasts. Toward the end of 2017, you focus on revenue. After a few quarters, things begin to improve. But then the importance of revenue shrinks as cash returned to shareholders begins to dominate, and total returns suffer once more.

We see, again and again, management operating based on what was driving their valuation two or three years earlier, or in some cases much longer. It’s the business strategy equivalent of a sports team trying to win a championship with last year’s playbook — and worse, a playbook designed for last year’s team. It’s impossible to be agile without good data and analysis.

Of course, you can manage your as-is business to enhance shareholder value if you know what the market is looking for. But a data-driven understanding of what drives company value can help management teams in other, less obvious ways as well.

When companies recruit and hire a new CEO from another industry, the new CEO expects to have to learn a new industry, but likely carries over some preexisting beliefs, including about what drives stock value. Wouldn’t that hiring board want to know in advance that they were recruiting a CEO who will design a strategy based not only on past experience but also data-driven learnings about the new industry?

We often discover the same range of variability within an industry as people expect to find between industries. So, a CEO might come to one packaged goods company from another and run the second the same way they ran the first — unaware that, for whatever reason, the market cares much more about the margins of the second company than it did with regard to the first company, where revenue mattered much more.

The same insight holds when it comes to mergers and acquisitions. Say your company is valued much more on revenue than on margin — but you own a high-margin, low-growth business line that isn’t helping your valuation very much. You can sell it to a company in your industry that is predominantly valued based on margin for a great deal more than it is worth to you. If they have a low-margin, fast-growing business that isn’t worth a great deal to them, you can buy it at a large discount — or find a mutually beneficial swap.

You can also avoid bidding wars by knowing when to walk away. We advised one company that the premium the selling company wanted simply wasn’t worth it to them. But we also made it easier for them to walk away by noting that the other company was worth even less to their other competitors. So being outbid meant the winner would be overpaying even more than they would. It’s a good rule of thumb to never interrupt your competitors when they are making a mistake.

Managers aren’t always free to act based only on the insights offered by an analysis of this kind, and any change of direction requires a plan, which takes time. As the second exhibit above shows, however, the importance of market drivers tends to ebb and flow gradually, so a company will generally have time to craft a plan and execute it before the valuation environment has completely changed. And if the environment has changed, an updated value-driver diagnostic will be there to tell you so.

So, whether it’s running “business as usual” for maximum market impact, taking advantage of valuation disparities that will permit acquisitions and divestments on favorable terms, or shoring up against threats inherent in the ways competitors are valued, the data revolution makes it possible for companies to understand the changing relative importance of the variables that matter to their and their competitors’ valuations — and act accordingly.

The views reflected in this article are those of the author and do not necessarily reflect the views of Ernst & Young LLP or other member firms of the global EY organization.